Stop the capitalist chaos and provocation in Kazakhstan! 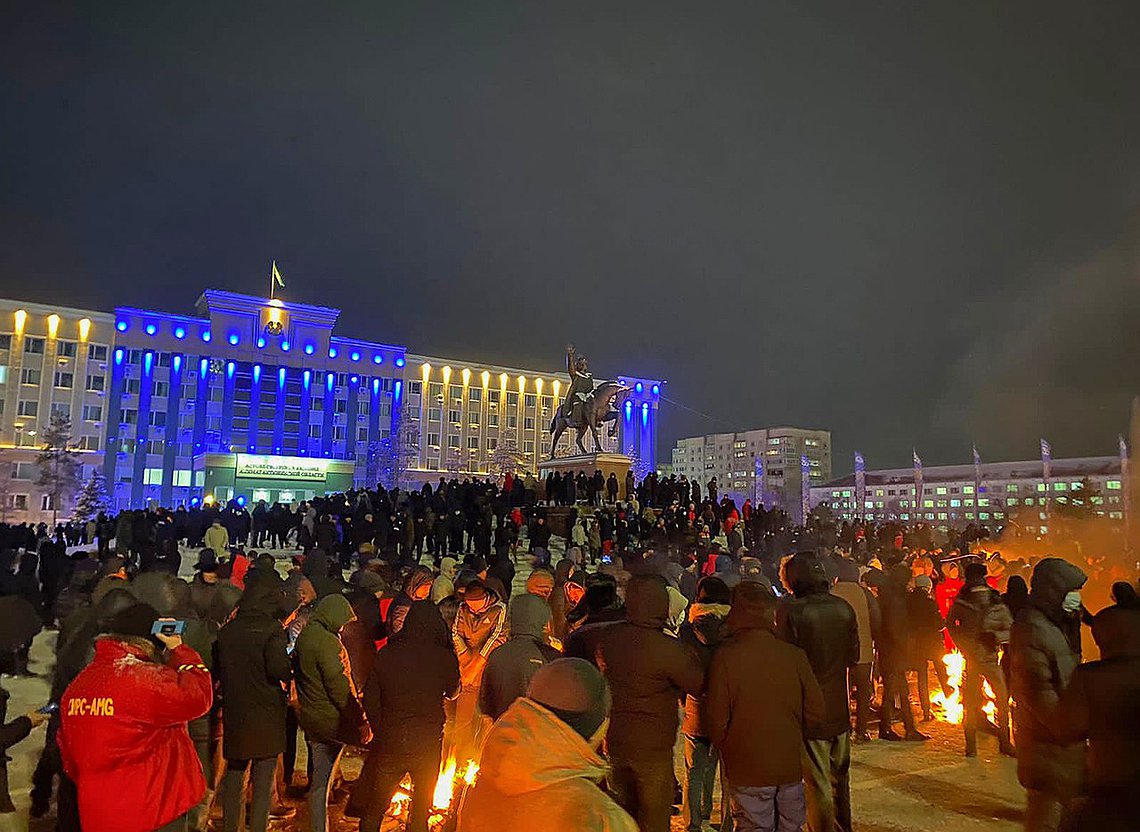 The massive social protests that have been unfolding in recent days in Kazakhstan are rooted in the voracity of the oligarchic regime created by the convert Nazarbayev and his accomplices. In this vast Central Asian country, savage capitalism has produced a handful of billionaires - including Nazarbayev's relatives - while destroying the healthcare system inherited from the Soviet Union, degrading Kazakh educational institutions and research potential, and pushing a new nationalism by sullying the Soviet past. It tore down statues of Lenin, marginalised the Russian language (even protecting groups of thugs who today harass Russian speakers), replaced the Cyrillic alphabet with the Latin alphabet and even went to the extreme, as in Uzbekistan, of honouring Nazi collaborators during World War II by presenting them as Kazakh patriots. The Kazakh regime has not hesitated to invent history, to manipulate the past in order to consolidate its power, engendering a deeply corrupt system that explains the fury of those who tore down the statue of Nazarbayev, an infamous oligarch who even has a mansion in our country in Lloret de Mar.

The initial demonstrations were peaceful, accompanied by strikes by oil workers. The increase in the price of gas was the trigger for the protests, which has added to the constant impoverishment of the workers, whose situation has been aggravated by the effects of the Covid-19 pandemic, the rise in prices, delays in the payment of wages, the difficulties of a large part of the population to feed themselves properly and the increase in the retirement age. In addition, there is weariness with a corrupt and repressive regime that persecutes communists, the left and trade unions; that has made the theft of Soviet public property and its subsequent privatisation, with plans that continue, the source of its wealth. All this explains why the population is fed up.

Kazakhstan, despite an apparent stability, hides a constant record of repression, such as the killing by the police of sixteen oil workers in the 2011 strike in Khanaozen (Soviet Novi Ozen), and the banning of the Kazakh Communist Party and other workers' organisations. The different families of the oligarchy, articulated around Nazarbayev, have sold off much of the country's wealth: Kazakh oil and gas fields have seen the arrival of US multinationals such as Exxon Mobil and Chevron, as well as Total and Royal Dutch Shell, and the world's largest steel company, Arcelor Mittal, has taken over the steel mills. In addition, the US has opened laboratories in the country that are beyond the Kazakh government's own control. The sale of Kazakh raw materials has exclusively enriched the regime's families while impoverishing the population.

The unrest and protests have not just erupted now: for more than two years now, strikes have been spreading across the country. In the January 2022 explosion, protests and repression have caused dozens of deaths, especially in Almaty - the country's main city - with Dantesque scenes such as the beheading of policemen and the destruction of government buildings and public institutions, including the airports of Almaty, Aktobe and Aktau. There were even fears for the world's largest cosmodrome in Baiconur, used for Russia's space programme.

The outbreak of unrest among workers and the population has been joined by opportunists of all stripes, from sectors of the regime itself eager to extend its influence, even using units of the security forces (Karim Masimov, former prime minister and head of the security services, has been arrested), to radical Islamism, including the tentacles of NGOs financed by Western governments, not forgetting that Arabia supports the activity of Salafist fanaticism with clerics who travel around the country. The protests brought together Islamist armed groups (the beheadings of policemen immediately evoked similar ones in Iraq and Syria), provocateurs linked to Western secret services and Kazakh nationalist forces, giving rise to an explosion of violence with eloquent targets: armouries, government buildings, the judiciary, intelligence service headquarters, even assaults on medical service ambulances. To this situation was added the looting of shops and indiscriminate destruction, in an operation of which much remains to be clarified in terms of the extremes and complicity. However, Tokayev's claim that "twenty thousand militants attacked Almaty" is not credible: such a large number of provocateurs moving around the region would hardly have escaped the surveillance of the Kazakh secret services and other neighbouring states.

The Kazakh regime, under Nazarbayev and now President Tokayev, despite its membership of the CSTO and the Moscow-driven Eurasian Union, and despite maintaining good relations with Russia, has increased its connections with the United States, with whom it regularly conducts military exercises. Moreover, its continued complacency with nationalism and the activity of Western and Islamist agents is aggravating tensions in the Russian periphery, which in recent weeks has seen the scarecrow of the "invasion of Ukraine" stirred up by the US and NATO. Imperialism will not give up creating a belt of instability in the area.

The crisis is not over. The dismissal of Nazarbayev as chairman of Kazakhstan's National Security Council, the dismissal of the full government and Tokayev's request to the CSTO to send peacekeeping troops may contribute to the momentary resolution of the crisis, but it leaves unresolved the main problems of the country: the voracity of a corrupt regime, the inefficiency of capitalism to solve the problems of the population and the lack of an honest plan for development. Only the recovery of a socialist project together with the other republics twinned yesterday in the Soviet Union can offer Kazakhstan a just future.

The Communist Party of Spain denounces the ferocious repression unleashed by the Tokayev government and the criminal actions of organised gangs of provocateurs in Kazakhstan, and wishes to express its solidarity with the Kazakh workers and its support for the comrades of the Communist Party of Kazakhstan who are forced into hiding in the country. The PCE denounces the interference of external agents and the intention of the United States to create a belt of instability on the periphery of Russia, yesterday in Belarus and today in Ukraine and Kazakhstan, which only aggravates the tense international situation. 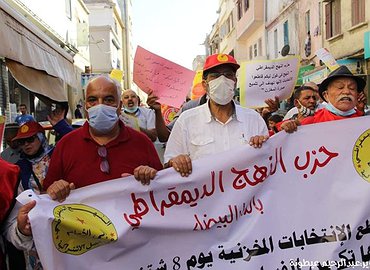 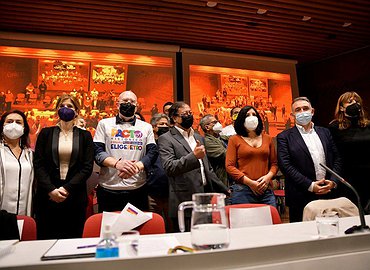 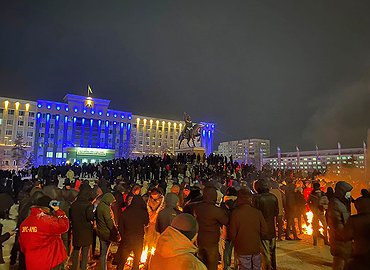 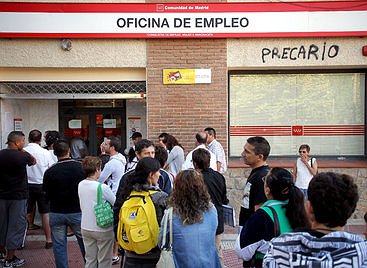 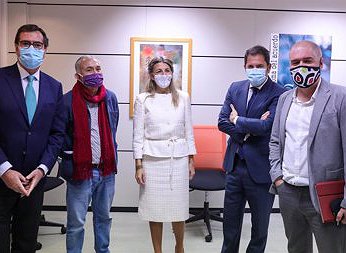