The Communist Party of Spain (PCE, for its Spanish initials) is the voluntary union of men and women who want to democratically participate in the revolutionary transformation of society and its political structures, by using an alternative social block organised around the working class and the popular sectors.

The PCE aims at taking political power, controlling the economic activity and bringing the capitalist system down, in order to build socialism in Spain and to contribute to world socialism that allows for human emancipation. In order to achieve its goals, it organises collective thinking and the actions of its members around workers’ struggles and mobilisations, along with the most militant and progressive sectors of society. Together we will build a social block against the capitalist system. 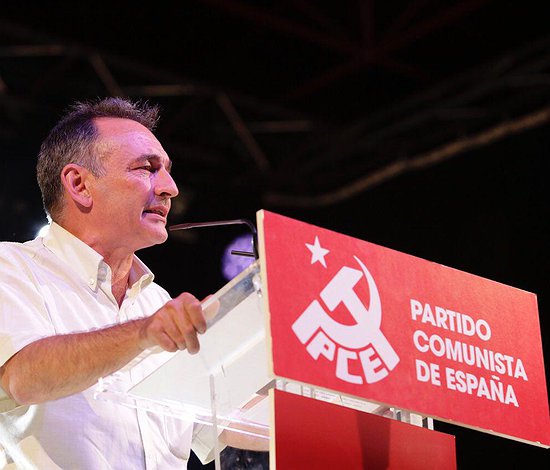